Every four years, the World Cup offers an exciting spectacle of sport, when players and fans from across the globe come together for thrilling competition over several weeks. With any high-profile event with lots of moving parts, there’s risk to managed and insured.

Much of the business impact of the World Cup relies upon revenue from television broadcasts of the games. Ticket revenue also plays a major part, particularly since fans travel from all over the world to attend the event.

“The big risk is that they would be cancelled or postponed,” said Williams. The chance that hackers tap into the lighting systems during a night game, for example, could cause delays or even damage.

He added, “The World Cup is a global phenomenon, even more so than the Olympics. You have local interest in them. There are travel packages sold to go see them; if games are cancelled, those people will want their money back. You don’t necessarily think that it would go down to that level.”

For organizers of the World Cup and their insurance partners, the process of planning begins years in advance – soon after the end of the previous event.

“You have a very experienced organizing team and it’s just a constant team,” said Williams. “The global team is extremely experienced.”

Beyond the organizers of the games, consultants work with insurers and host countries to assess the physical and digital security of the event.

“While cyber is an emerging risk, you can’t just focus on that,” said Williams. In fact, physical security risks generally pose the biggest risk in terms of insurance claims, from fires to roof collapses to stand collapses. And rowdy fans can create a major exposure.

These types of risks aren’t isolated to the World Cup – the Olympics experiences most of the same concerns.

“During the London Olympics, [hackers] were running over 100 attacks a day, ranging from kids just trying to get a fake ticket to more sophisticated attacks,” said Williams.

Of course, this year’s World Cup included an emerging risk no one even considered – running out of beer due to low supply since Russia as the host country apparently underestimated the popularity of beer among soccer fans.

“Running out of beer, who would have thought?” said Williams. “It does offer a lot of unique coverages and opportunities in the insurance world and we try and respond to it and think ahead. That’s the fun part.” 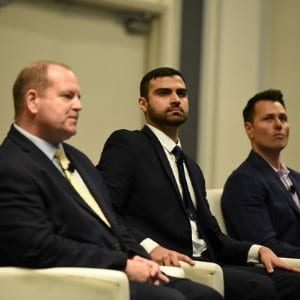 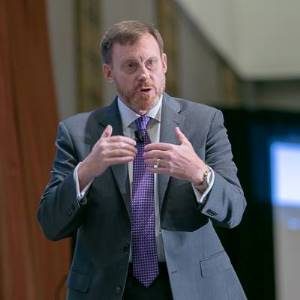