COVID-19 prompts a host of questions for workers compensation cover

Concern over whether workers compensation coverage will respond to on-the-job exposure to coronavirus has prompted legislation in multiple states, as well as prompted questions from employers, brokers, and insurers.

Experts say that for COVID-19 to be covered, it must be considered an occupational illness or disease, i.e., that it arises out of the employment and is found to be due to workplace exposure. According to a Marsh advisory, the illness must also be “peculiar” to the employment, in that the exposure is more likely to have occurred on the job than anywhere else. In the case of COVID-19, healthcare workers, first responders, and those in the aviation, transportation, and hospitality industries would have the highest incidences of exposure.

“Whether a specific case is compensable will be determined by the facts established during an investigation of the claim, as well as the governing law in the jurisdiction where the claim is reported. And because there is no single “test” that can prove whether an illness or disease is compensable, it may ultimately come down to a decision by a court or state workers’ compensation board,” Marsh stated.

According to Tony Payne, spokesperson for The MEMIC Group, a Maine-based workers compensation insurer writing in 46 states, the company has seen just over 100 first reports of possible exposure to coronavirus. Each one will be determined on a case-by-case basis, but “for those working in the health industry and social services that may require exposure, the standard used will be one of whether the individual was more likely to have been infected than through any other activity,” Payne told Advisen.

State lawmakers around the country have taken steps to ensure that first responders and medical professionals will be covered if they contract the virus, according to a National Council on Compensation Insurance (NCCI) tally. Washington State announced in early March that workers compensation benefits would be available for healthcare workers and first responders quarantined due to COVID-19 exposure. Kentucky Gov. Matt Beshear also stated that the state’s biggest workers compensation insurer, Kentucky Employers’ Mutual Insurance, would cover wage replacement for first responders exposed to the illness on the job. Bills to define COVID-19 as an occupational disease for healthcare workers and first responders are being considered in Ohio and Massachusetts.

Beyond compensability for infection, the pandemic has caused shifts in operations that have employers wondering whether some workers may fall into different classifications or whether employees working from home in different states will create new exposures. NCCI has offered advice on how to navigate these situations in an advisory.

For essential workers still on the job during the coronavirus pandemic, such as grocery store clerks or delivery workers, or transportation workers, the lack of workers compensation benefits may shift claims from sick or quarantined employees to the employment practices liability space.

“OSHA says you have a duty to provide a safe workplace,” said Michael Vitulli, director of risk management services at Risk Strategies.

In assessing how to ensure safety in the workplace, he added, it’s unlikely that most non-healthcare industries considered the current situation in the planning, even with data available about the impact of the SARS outbreak.

“It’s not that the information isn’t there, but if you’re a business looking at what they are most likely to be affected by, fairly or unfairly, the pandemic was pretty far down on the list,” Vitulli told Advisen. Fields like pharmaceuticals, manufacturing, or transportation may have considered communicable diseases, but grocery stores focus more on food safety or physical injuries.

While COVID-19 won’t be a compensable injury for most workers, the coronavirus can complicate workers compensation in other ways. With a broad shift to working from home, businesses will need to outline guidelines for working safely at home, Vitulli said. Many employees don’t have a dedicated workspace.

“If it’s a long-term issue, you’ll see ergonomic concerns,” he said. Vitulli also suggested that the risk of fraudulent claims rises if workers feel that they may be laid off especially considering the troubled employment landscape.

Other potential issues may include added costs for existing workers compensation claims. With unprecedented levels of medical need, treatment and returns to work could be delayed, increasing the cost of claims. 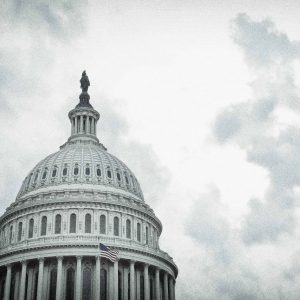